“Forbidden Love,” a mixture of assemblage, painting and collage, exhibits the works of multi-disciplinary artist Kevin Hennessy. Many of the works are reminiscent of flash tattoo panels, advertisements often found inside tattoo parlors informing potential clients of “off-the-wall” choices for purchase, and showcasing the style of the artist. Others resemble old signage. Small skateboards made from wood look like the by-gone age of commercial advertising, their hand painted text rubbed off with the wear of time. There’s a good reason for this—Hennessy, apparently inexhaustive, is also a tattoo artist and runs a hand painted sign business, Odd World, with his partner, Jae Mo and brother, Lynn Hennessy.

The artist, born and raised in Denver, received no “formal” art school training but rather learned the tricks of the trade from his immediate community. Both his grandfather and father were sign painters, and the materials that got him started were passed down by them. After apprenticeships at various tattoo parlors, including Landmark, and training from mentors such as Butch Mrsny, he now practices out of Denver City Tattoo Club. His list of community encouragement was exhaustive, from a sign painter named “Chuck” who consistently listened to baseball games on his headphones and gave the artist a wealth of information, to Judd Meinenger, who informed him about various materials and their differences.

“Forbidden Love” is also informed by his experiences in the Denver skate scene, and responds to the increasingly marginalized aspects of a more gritty American youth culture. His short video installation, made in part by Patrick Callahan, splices city skate scenes with friends smoking cigarettes and drinking beers in back-alley hideaways and recounts the urban landscape quickly disappearing in the face of city-wide gentrification. Hennessy laughs while reminiscing about skating in the graffiti-covered interior of what is now the monolithic Source Building on Brighton Boulevard. His feelings about a changing Denver, is the same as many of the “old school” residents of other cities,

“Right,” I interjected, “but this one is yours.”

The pieces shown at Alto Gallery are an example of Hennessy’s array of talents. One wall is completed with thirteen handmade skateboards. Another is covered in riveted paintings from cut canvas, representative of circus banners and inspired by the aesthetics of the previously mentioned flash offerings at tattoo parlors. Assemblages and a video installation cover another. Snaking around to the back side of the gallery are framed single illustrations and collages which recall Mexican-Catholic votive shrines.

Hennessy recounts his experiences as a child at St. Dominic Catholic Church on Federal Boulevard and his upbringing around catholic religious iconography. His collage and assemblage work intentionally recalls votive shrines and altarpieces. One of these, Tome Vitive Station, even has a little slot for coins, much as one would pay at a cathedral for a votive candle. On the back of the collage is a paper viewfinder that takes the viewer to a serene mountainous landscape. “For when you need to get away from it all,” jokes Hennessey.

The show is up until July 31st at Alto Gallery. You can follow their work at @hennessytattoo, @oddworld signs, @denvercitytat2club

All photographs taken by Emily Owens. 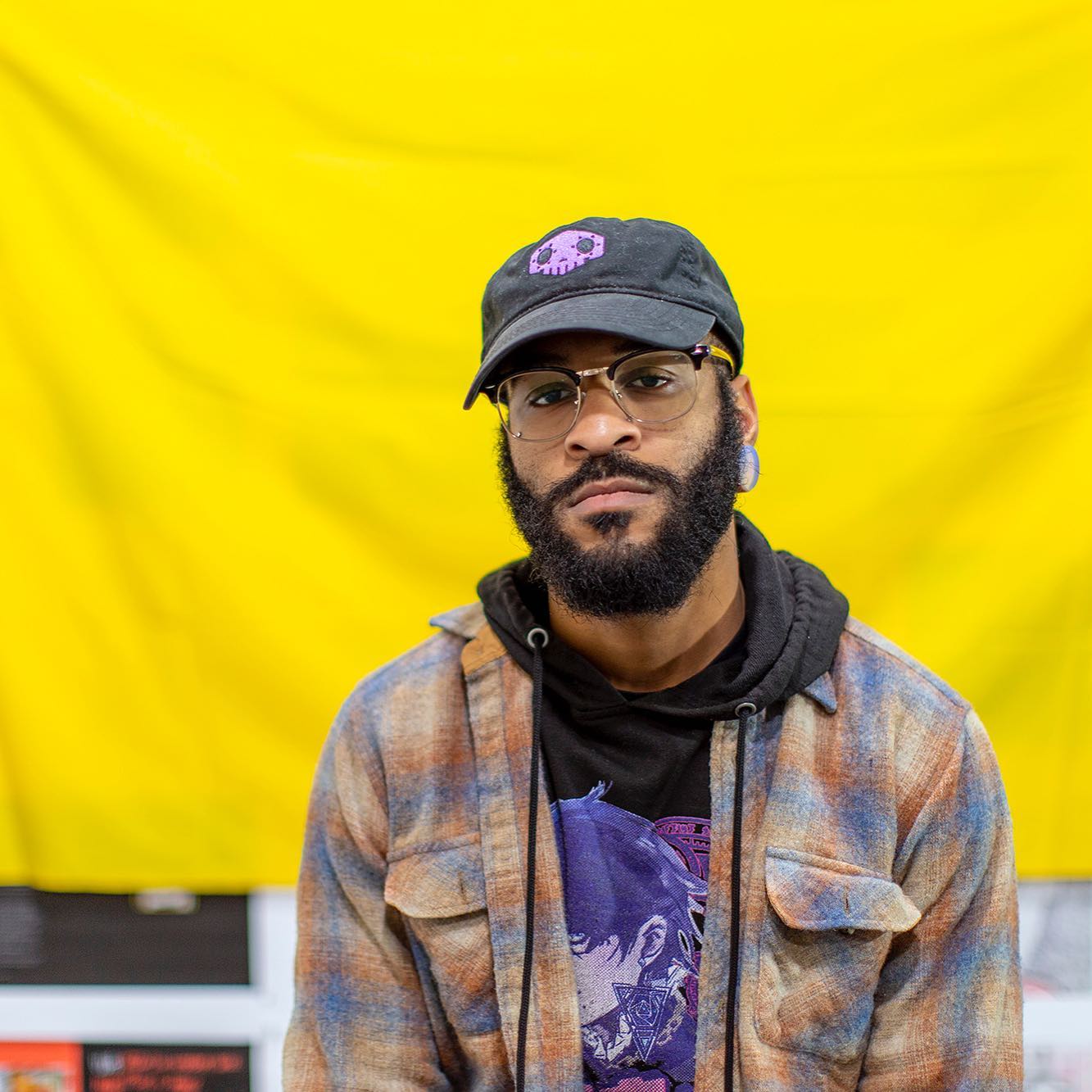