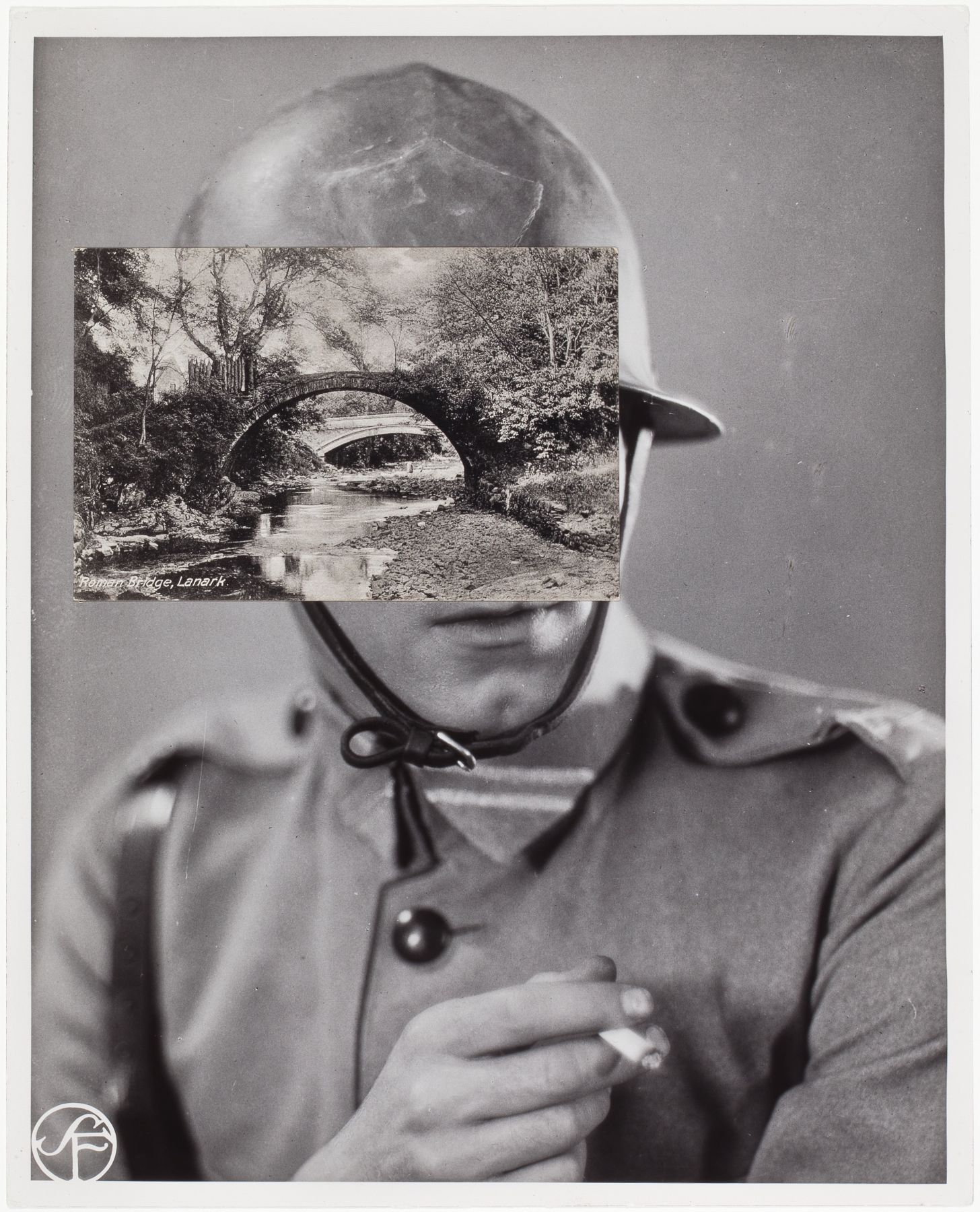 It sounds a lot like theft; but it isn’t. It links proto-selfie culture; a toilet; post-structuralism; mid-century soap operas. Appropriation is a deliciously complexand slippery notion—in life, and in art. The Oxford English dictionary defines the verb “appropriate” as to “Take (something) for one's own use, typicallywithout the owner's permission.”

It’s a neat, if narrow description of collage, arguably the logical medium for appropriation-centric artists. However, the two terms are far from interchangeable: collage can simply mean an assemblage of elements; where appropriation is imbued with a certain edge, or subterfuge—an essence that’s far weightier than a mere sum of parts. Appropriation as a process is to take a thing, place it where it perhaps shouldn’t be, and say something with that thing which it hadn’t originally intended to say. It’s punk (in attitude, not necessarily style). It’s witty, but not always humorous. It has a rebellious, snarling streak, though it’s not necessarily mean. But to some extent, appropriation is always rebellious.

Alongside collage, appropriation is often associated with modes such as the readymade (that aforementioned toilet, Duchamp’s 1917 Fountain) and détournement, a practice conceived by the Situationists as a way of creating new artworks by “creatively disfiguring” existing ones, as outlined in Situationist theorist Guy Debord’s 1956 essay ‘A User's Guide to Détournement’.

The text argued that art created as détournement must “negate the ideological conditions of artistic production, the fact that all artworks are ultimately commodities” while also forming a sort of double negative, in having to actively produce a new, politically minded artwork either by adding to the existing piece or revealing it to have hitherto unseen meanings. Crucially, this often meant a number of works were cut and reconfigured in new ways, revealing both these previously obscured meanings and creating new ones by dint of their placement alongside one another.

While not so much politically motivated, this newness from the old—the idea of seeing artefacts anew through their evisceration or placement—is at the heart of the work of John Stezaker. The pioneering conceptual artist’s early collages in particular reveal an obsessive relationship to mass-produced imagery; using cut-up postcards, film stills and advertisements to create new ways of seeing. Stezaker’s work exemplifies appropriation done well: he underscores the capacity of collage for subversion; the unerring, timeless relevance of the medium; and the nature of the mechanical means in art-making.

Stezaker’s more well-known works include his “Marriages” series, in which two different portrait images are combined into one strange, borderline-grotesque face. These often draw on the “photoroman”—a type of post-war/mid-20th century trashy magazine-based, melodramatic soap opera that was popular in Italy, Spain and Latin America. This playful approach to the dynamics of drama, and his interplay of outdoor and interior spaces (such as combining postcards delineating vast landscapes with intimate film stills) serves many purposes: it’s aesthetically beguiling, and uses its materials as message. Postcards were a deliberate choice, since they “capture exactly what mechanical reproduction did to our way of looking at pictures,” as Yuval Etgar, author of the book John Stezaker: at the Edge of Pictures, puts it.

While Stezaker’s collage contemporaries, such as Linder, took a very “punk” approach to the medium, his stance resolutely stood with movements like Surrealism and Dadaism (which were unfashionable in the 1970s, at the time he was making many works informed by them). The playful, establishment-prodding nature of Dadaism is evident in another proponent of appropriation, though one making thoroughly different work: Cindy Sherman.

Known as one of the 1980s Picture Generation artists, Sherman is famed for her ongoing explorations of self-portraiture. While the mode is more usually associated with traditionally “beautiful” imagery, abstraction or documentation; Sherman “appropriates” the very idea of a self-portrait, instead using her own self as a conduit through which to explore the very nature of representation. She pilfers from cinema, television, print media, the internet, art history, comedy and the kitchen sink drama that is everyday life to take on innumerable roles. Those roles play out both in her images and behind the lens, where she acts as her own stylist, hairdresser, art director and makeup artist.

She appropriates herself: one moment a Film Noir femme fatale; the next a wealthy Roman, resplendent in toga; the next a carnivalesque clown or a two-dimensional, cartoonish dolly.

Sherman’s work prods at the disorientingly flimsy layers between the real and the unreal; the aesthetic truth and the objective fiction. As such, her work vibrantly plays out certain theories proposed by French sociologist, philosopher and cultural theorist Jean Baudrillard.

Baudrillard is something of a darling in the world of appropriation, with his ideas vocally exalted by many artists such as Peter Halley, Sherrie Levine, Richard Prince and Sherman soon after their publication in the 1980s. Baudrillard’s simulacral theory came to prominence with the publication of Simulacra and Simulation in 1981. The work examines the relationship between the sign, the signifier and the signified (as proposed initially by Saussure); placing these constructs in the context of the media’s engendering of a sense of shared existence forged through depictions of things rather than the things themselves—or “simulacra.”

In the ongoing mimicry of real-world, objective processes and systems a “simulation” is formed: ultimately, he believed, these simulacra led to a society that was infinitely copied to the point in which imitation stripped bare, then superseded the things it was imitating. In short, by society’s constructs having become infinitely mutable, they were rendered meaningless. Baudrillard termed this the "precession of simulacra".

During the 1980s, many artists and critics alike aligned Baudrillard’s simulacral theory with the idea of appropriation as artistic process; and used it as justification for that mode of creation. The beauty of appropriation in art, however, is that it can be rooted in theorem or wilfully devoid of them; academic and visceral; virulently antagonistic and coolly calm, quietly hoping that the final artwork obfuscates the theft. Again, it’s complex and slippery, but apporopraiton’s backbone is calcified by its conviction of the need to interrogate the status quo.